The Ural T 2WD is a cheap basic vehicle - with switchable sidecar drive, that means uncompromising lyancy on loose ground such as gravel, sand, snow or ice!

URAL teams have been continuously improved in detail in recent years. The investment in quality also led to a continuous increase in the selling price. For some years now there has been a cheap Ural team again.

Ural T 2WD is a slimmed-down Ural Sportsman or Ranger The most important thing they have! The switchable sidecar drive. The low price is made possible by omitting it: The T 2WD has no passenger seat, no spare wheel, no protectors, windshields and the like. The T 2WD is reduced to the bare minimum in terms of equipment.

In the spirit of Henry Ford's T-model:

In order to speed up and simplify production, the T-model was simply painted black in its first model years. No chrome, all in black. Until the 2014 model year, the T-model was kept glossy in black, from 2015 everything is matt in black. Since the 2018 model year, we have the URAL T 2WD in three colours, namely in plain black matt, in terracotta metallic and in olive matt - this is rather a strict military touch.

Of course, all missing features of the URAL T 2WD can be retrofitted at any time! 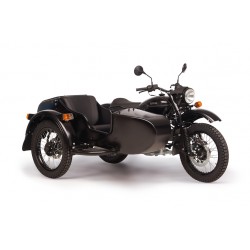 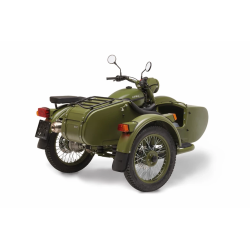 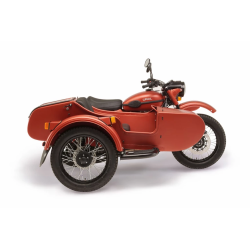